More about me and my work 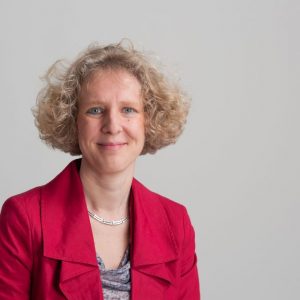 Petra de Ruiter is from Holland. She did a Bachelors of Science Degree in Nursing in The Netherlands. In 1992 she graduated from the School of Midwifery in Bedford, UK. As a staff midwife she worked in the hospital, coaching women through labour and conducting deliveries, providing both antenatal and postnatal care, looking after high risk pregnant women and babies. She subsequently obtained registration as a midwife in The Netherlands.

In 2012 Petra started lactation training. Apart from following on-line classes, she would work with breastfeeding women both in the home setting as well in the hospitals. In the hospitals she gained experience supporting women who breastfeed their healthy, sick and/or premature babies. In October 2013 she obtained her credential as International Board Certified Lactation Consultant (IBCLC).

In 1997 Petra, her husband and two daughters moved to Tianjin, China, for an initial period of language study.  From 2000 till 2019 they lived and worked in Shanxi Province, Yangqu county. During these years she has been conducting trainings for township and village doctors, has been involved in health education, provided teacher training sessions, has done antenatal classes both in small groups as well as in larger settings in hospitals in Tianjin, Yuci, Taiyuan and Yangqu. She provided lactation training for maternity staff in the hospital and lactation consultation for newly delivered mothers both in the hospital and at the parents’ homes. She was invited to Zhuhai, Nanning, and Guiyang to teach breastfeeding courses for nurses, midwives, doctors and others who support breastfeeding women. In order to reach even more women, she developed this website. The goal of the website is to provide expecting and new parents with easy to read, scientific information.

Even though Petra now lives in The Netherlands, she and her husband still travel to China several times a year where she continues to conduct lactation training in different cities in China.

Her primary interest and skills are to train others in antenatal and postnatal care, and breastfeeding management and support. Teaching and supporting medical personnel, pregnant and newly delivered women is a central goal in all she does.